Building the 'Valiant Endeavour' (A Prelude to Doctor Who)

This is part one of a two part posting all thanks to a great weekend of wargaming.  The plan was to use two newly (well ish) completed goodies, namely the two sets of Battle Systems terrain and the Doctor and an assistant which I've not had the chance to use him since they were painted.
In this post I'll cover the building of the Valiant Endeavour, the setting for the game on Saturday, which took us a couple of hours on Friday evening to build the main structure followed by the final touches on Saturday morning before getting down to business.

I had the idea in my head that I wanted to build a space ship this time round instead of a space base/facility and wanted to see how well the Battle Systems terrain could cope with this.  Unlike the last build that was done on the fly I had a rough idea of the various areas that needed to be included and their location so with this in mind I laid out the floor and started to map out the external walls.  It was at this time I heard a knock at the door which could only mean the arrival of our wargaming comrade Andy and so another body to throw at the build. 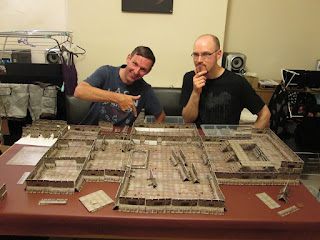 Hmmm... what to put down next

Once the external walls where all in place the internal walls needed placing to create the rooms we required, we we going at some pace at this stage as all three of us were working on various parts of the build. 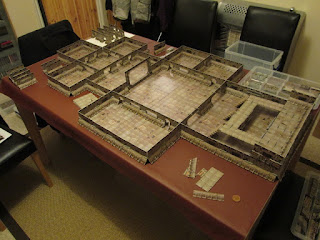 One thing that I wanted to achieve was as a Star Destroyer-esque bridge/command centre (from Empire where the bounty hunters are all lined up), in the end I think we ended up with something that definitely had the same feel if not the identical layout.
The final thing to do on Friday was to build up any additional levels that were required before we started dressing the rooms on Saturday morning.  However it didn't feel right having a ship without a name and so she was christened the Valiant Endeavour. 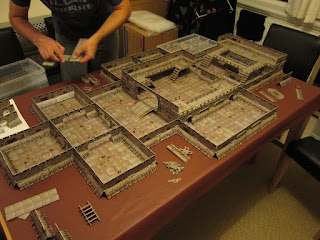 Come Saturday morning Andy felt inspired and so started to construct external walkways on the engineering section while Amy and myself filled the rooms with all the great items you get with the Battle Systems terrain.
It is at this point I can present to you, the Valiant Endeavour: 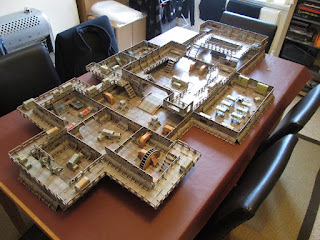 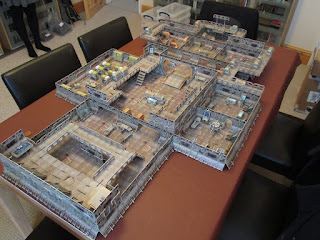 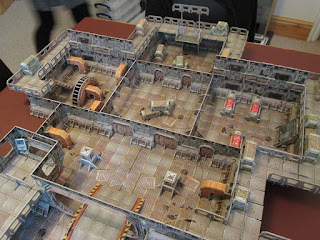 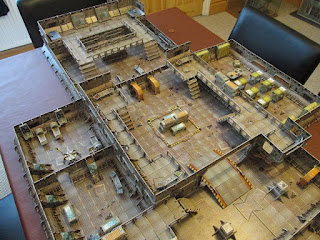 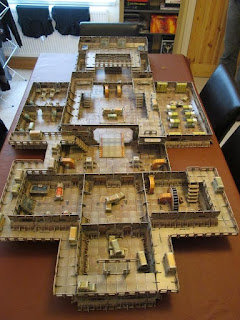 For part two of the post we'll see the Doctor in action against the Cybermen aboard the ship.

Phil
Posted by Crucium Giger at 10:21