Time for something a tad unusual for me in that it doesn't (currently) belong to a range or is part of an army, it's just a one off miniature primarily for display (for now anyway).
When Modiphius announced the limited Dragonborn miniature I knew I had to get one as the Elder Scrolls are one of my favourite game series' with Morrowind still being one of my all time favourite games and my first RPG.  From a painting point of view it was nice to break off and do something entirely different to what I had been painting and what I was moving on to now (Core Space).
As I haven't painted much fantasy in recent years it was good to get back to painting natural tones and trying out some different leather colours and a new flesh, which is rather nice and less pink than what I usually end up with. 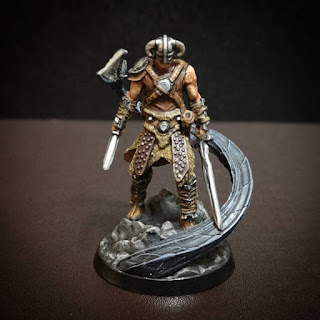 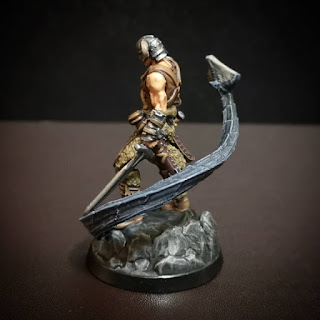 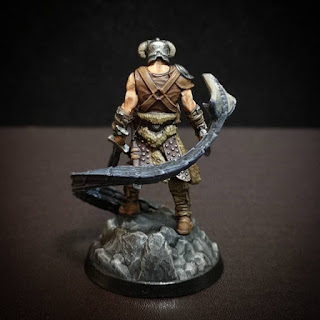 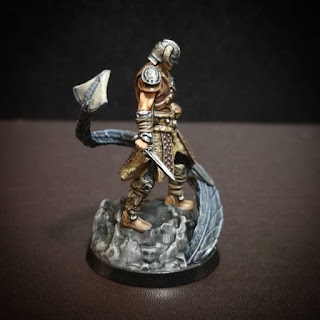