It's been a good few months since my last post and in that time I've actually not completed anything, though I have been building relentlessly for my Chaos Space Marines so I'm hoping to start painting them in the near future.  However one kit I did complete before the end of the year was my old school Ork Stompa which was sculpted and cast by a member of the Oldhammer community. 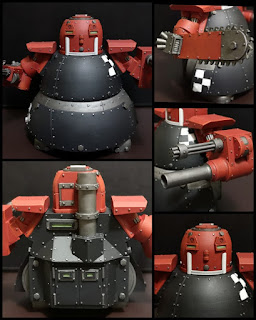 As soon as I saw this I knew I had to have one as it would fit right in to my army being based off the old Epic Stompa.
I kept the Goff paint scheme I've used on my other Ork vehicles and though some might find it too clean a paint job it looks great as a center piece to my army. 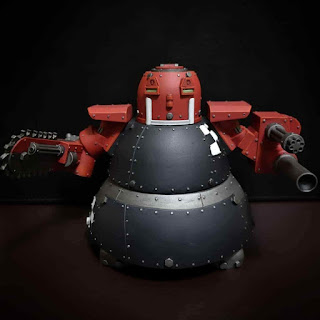 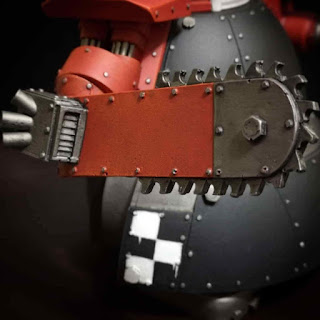 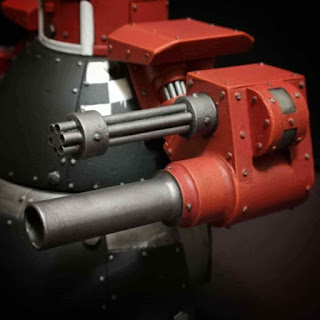 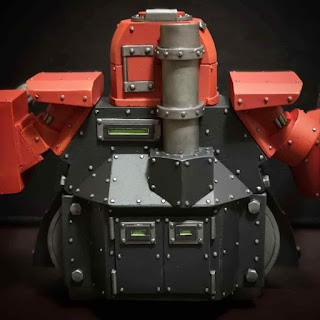 Here's a size comparison with some other miniatures, as you can see he's not as big as the current plastic Stompa (I'll be using it as a Gorkanaught in 8th Edition) but he towers over the 2nd Edition miniatures. 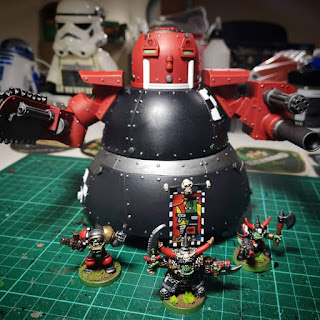